Kim Jong-il, North Korea’s supreme leader, took new steps on Tuesday to ensure that his family remains in charge after his death, but the biggest leadership shuffling in a generation has so far produced more political intrigue than signs of real change in North Korea, one of the world’s most isolated nations.

Mr. Kim elevated his sister and a close friend to a high military ranking and had his youngest son and heir apparent, Kim Jong-un, made a member of the Central Committee of the ruling Workers’ Party.

The promotions came a day after the younger Mr. Kim was also made a four-star general and seemed aimed at ensuring a dynastic succession that would give Mr. Kim, thought to be in his late 20s, time to solidify his power.

The elevation of the completely unknown Mr. Kim, and hints that other members of the extended Kim clan will exercise power behind the scenes in a kind of Communist regency, add to the uncertainty about North Korea. It appears to have mostly abandoned its incipient economic reforms and has declined to enter new international talks about its nuclear weapons program, leaving its neighbors and the United States alarmed about its intentions.

Few analysts claim to fully understand the inner workings of the North Korean military or the Kim dynasty. But many who watch the country closely say they see few signs that succession will produce a stable, credible leadership that is, at least initially, confident enough to engage with the outside world or to steer resources to economic development rather than the military.

“We worry about Pakistan, but this is potentially every bit as destabilizing as Pakistan,” said William R. Keylor, a professor of international relations at Boston University. “Succession in North Korea would just be an oddity if it were not for the fact that we are dealing with a country with nuclear weapons and delivery systems. That is what makes this serious.”

Fear of instability also followed the death of Kim Il-sung, North Korea’s founder, and the rise of his son, Kim Jong-il, in 1994. The country did not collapse then, though its economic performance deteriorated sharply and millions of North Koreans are thought to have starved to death during Kim Jong-il’s erratic tenure.

This time, the country appears less well prepared for a transition. Kim Jong-il had 14 years between his political introduction in 1980 and his father’s death, time he used to build support internally. There are few signs that a succession process had even begun when Kim Jong-il, 68, apparently suffered a stroke two years ago.

Some analysts predict that new leaders may feel compelled to prove their nationalist credentials by engaging in provocative actions that could worsen tensions with South Korea and Japan and their main ally, the United States. In March, South Korea accused the North of sinking one of its warships, the Cheonan, which some analysts say appears to have been a display of force meant to persuade the military to respect the younger Mr. Kim.

“The question now is whether they will do dangerous things like the Cheonan or something else to hold the regime together,” said Victor Cha, director of Asian studies at Georgetown University. “They were already unstable as it was, and this succession issue makes them even more unpredictable.”

In the most destabilizing situation, an internal power struggle could also lead to the collapse of the government. But many observers discount that possibility, largely because of the support of another neighbor, China.

Beijing has made it clear that it is determined to avoid a political eruption on its borders. It has consistently taken steps to aid North Korea when the North has had severe shortages of food and energy, and it has tried to ensure that international sanctions intended to punish the North for its development of nuclear weapons are not crippling.

Kim Jong-il has made two visits to China in recent months to shore up its support. China has said that the younger Mr. Kim was not a member of his father’s delegation in China a month ago, but American officials say they believe the son indeed was on the trip and may have met Chinese officials informally.

“What China is most concerned about is stability, namely stability in North Korea, the Korean Peninsula and Northeast Asia,” said Xu Wenji, an expert on North Korea at the Northeast Asia Institute at Jilin University. “So the concern for stability overrides everything else on this matter for the Chinese government.”

The reasons behind the elevation of Kim Jong-il’s sister, Kim Kyong-hui, and Choe Ryong-hae, a lifelong friend of the Korean leader and a member of his inner circle, along with the promotion of Kim Jong-un, are uncertain.

Experts suggested that the three, along with the sister’s husband, Jang Song-taek, might end up forming a new ruling group that could have the power to keep the military in check and continue the dynasty, at least until the son can fully replace his father.

The promotion of the sister caught some analysts by surprise. Mr. Cha at Georgetown said it represented public recognition for someone who was already the power behind the throne in the Kim dynasty. He said that she was the confidante and the woman closest to Kim Jong-il, whose wives and mother are dead, and that she even took care of the leader when he was ill.

“They are very, very close,” said Choi Jin-wook, a scholar at the Korea National Institute for Unification in Seoul, who said Ms. Kim was likely to emerge as “the key person in the new collective leadership of the country.”

He noted that she never really needed a defined political role in North Korea “because she was the sister of the king and she had all the power she needed — maybe too much.”

Mr. Choi said Ms. Kim, 64, was rumored to have a drinking problem and a fiery temper. Her daughter committed suicide in France in 2006. She is the wife of Jang Song-taek, often regarded by analysts as the No. 2 man in the North. Kim Jong-il has relied on him to handle the day-to-day duties of running the country.

There were hints that some moderates have also gained power. Kang Sok-ju, a deputy foreign minister, was named deputy premier, and Kim Kye-gwan, the North’s chief negotiator in the six-nation nuclear talks, took Mr. Kang’s slot. Another negotiator, Ri Yong-ho, also moved up.

American officials said they had not seen enough to predict with confidence how the succession would affect the North’s actions and policies.

Kurt M. Campbell, an assistant secretary of state, told reporters in New York on Monday that the United States was “watching developments in North Korea carefully.”

“But frankly,” he said, “it’s still too early to tell in terms of next steps, or in fact, what’s going on inside the country’s leadership.”

SEOUL, South Korea — An official with the Ministry of National Defense here said Wednesday that the two Koreas would hold military talks on Thursday morning at the border village of Panmunjom. The two sides have not held such talks in two years.

The defense official, speaking anonymously, declined to discuss the agenda of the working-level talks. But it was widely expected that Seoul would raise the issue of the sinking of a South Korean warship in March. The South has blamed a North Korean torpedo attack for the sinking. 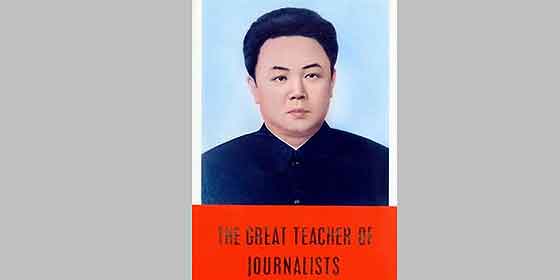 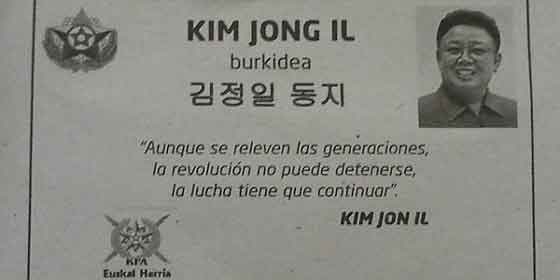