Workers at the Regency Ceramics factory in India raided the home of their boss, and beat him senseless with lead pipes after a wage dispute turned ugly.

The labor violence occurred in Yanam, a small city in Andra Pradesh state on India’s east coast. Police were called to the factory by management to quell a labor dispute.

The workers had been calling for higher pay and reinstatement of previously laid off workers since October. Murali was fired a few hours after the police left the factory.

The next morning, at 06:00 on Friday, Murali went to the factory along with some workers and tried to obstruct the morning shift, local media reported. Long batons, known as lathis in India, were used by police who charged the workers, injuring at least 20 of them, including Murali.

He died on the way to hospital, according to The Times of India. Hundreds of workers gathered outside the police station and demanded that officers be charged with homicide.

Curfew and other civil orders were imposed in Yanam because of the uprising that ultimately led to the murder of the Regency president. Police reported that rioters also torched several vehicles outside the police station. Eight Regency Ceramics workers were injured in police firing that followed; the condition of two of them is critical. More than 100 protesters have been arrested.

India factory workers are the lowest paid within the big four emerging markets. Per capita income in India is under $4,000 a year, making it the poorest country in the BRICs despite its relatively booming economy.

At Regency Ceramics, workers went on strike Jan. 1 over the wage dispute. The management had reportedly decided to slap a restraining order on five workers and managed to obtain an order from a high court saying that the striking workers should not come within 220 yards, more than the size of two football fields, from the factory.

Once news of Murali’s death spread, the factory workers allegedly destroyed 50 company cars, buses and trucks and lit them on fire. They ransacked the factory. Residents joined hands with around 600 workers, while others were enroute to Chandrashekhar’s house. 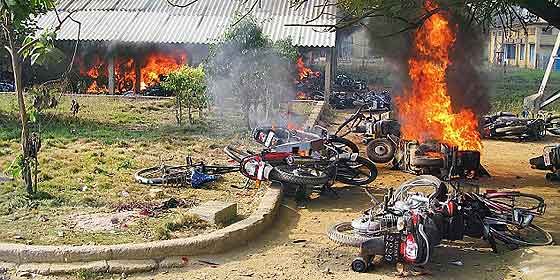 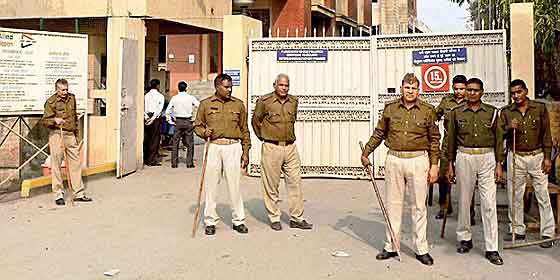